We are always looking to recruit talented scientists at all levels. If you are interested in working with us then please get in touch. Undergraduate Students We can accommodate talented and motivated students at various times of the year for stays of at END_OF_DOCUMENT_TOKEN_TO_BE_REPLACED
Applications are invited for a two year MSc studentship to work in Chemistry Department. The project will entail designing nanocrystal synthesis and surface treatment methods, and fabricating photovoltaic devices. Candidates must be able to demonstrate self motivation, practical workshop ability and END_OF_DOCUMENT_TOKEN_TO_BE_REPLACED
QUANTUM DOTS We are investigating the relationship between the surface and optoelectronic properties of various quantum dots… Read more… POLYMERS FOR FORENSIC APPLICATIONS We are studying on the design and synthesis of novel CL materials that can easily be polymerized without END_OF_DOCUMENT_TOKEN_TO_BE_REPLACED
A comprehensive approach for the instability of PbTe quantum dots and design of a combinatorial passivation strategy Tuğba Hacıefendioğlu, Taha K. Solmaz, Merve Erkan and Demet Asil Solar Energy Materials and Solar Cells  Materials, 207, 110362 (2020) Read more…. END_OF_DOCUMENT_TOKEN_TO_BE_REPLACED

Our group, dealing with the design and synthesis of functional organic and inorganic hybrid materials and various types of optoelectronic devices is located at Room B-41 in Chemistry Department.

Efforts are being made to design organic and inorganic hybrid structures that exhibit improved material functionality toward emissive materials, photovoltaic, sensing, data storage, nano-electronics and stimuli-responsive materials. Of particular interest are the nanocrystals as these materials offer a good strategy END_OF_DOCUMENT_TOKEN_TO_BE_REPLACED

The development of conjugated polyelectrolyte LECs represents a shift of complexity away from device fabrication and into the domain of chemical synthesis, allowing the deep well of synthesis knowledge to be drawn upon and applied to the creation of materials END_OF_DOCUMENT_TOKEN_TO_BE_REPLACED

Chemiluminescent materials have been the subject of extensive research in the field of analytical chemistry due to their high sensitivity, high luminescence efficiency and simple instrumentation. Among these, luminol and derivatives that contain a pyridazine unit are the most attractive END_OF_DOCUMENT_TOKEN_TO_BE_REPLACED 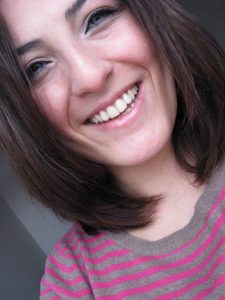 Demet Asil Alptekin, currently started as a lecturer in the Department of Chemistry, leading the Organic & Inorganic Hybrid Functional Materials Research Laboratory at Middle East Technical University. She got her B.Sc. degree on Chemistry and Chemical Engineering from Middle East Technical University in 2006. Later, she became research assistant at METU and conducted a study in the field of electroluminescent polymers during her master studies. Later, she was awarded by Higher Education Council of Turkey and METU to conduct her Ph.D. studies at University of Cambridge, Physics Department. She is also awarded by Schlumberger Company to become a Schlumberger Faculty for the Future Fellow.

Coming from a very interdisciplinary academic background, Dr. Asil’s research focuses broadly on the design and synthesis of hybrid functional materials for the construction of high performance and low cost future electronics. She recently conducted a study with Sir Richard H. Friend from University of Cambridge on the surface passivation techniques for the PbSe nanocrystals. They found that the effect of controlling the surface states of PbSe is crucial for the photovoltaic performance of singlet fission sensitized hybrid solar cells.

In collaboration with Professor Jonathan Nitschke from University of Cambridge, Chemistry Department, she studied in the field of self-assembled supramolecular chemistry and they announced the first type of copper containing metallo-polymer that can be applied to the light emitting diodes.  The results also demonstrated that the heteroleptic metallo-polymers are capable of reconfiguring their structure and properties in response to stimuli, and they attributed these changes to the dynamic-covalent nature of the metal-ligand bonds.