2 months ago I decided to produce video content to earn money. I immediately opened a new Instagram account and decided what I was better at. Of course, I could produce very good content on clothing and makeup. I started producing content with the support of my friends. Then I met an app called Kwai. This app was new and nobody had many followers. Moreover, I would earn money as my video was watched. I just started uploading videos. Then my account was approved. I was now considered a quality content producer. However, my views have also increased. At the moment, I continue to produce content from my newly opened instagram account and kwai account. Even though I have difficulties in carrying out the lessons sometimes, doing what I love and earning money from it motivates me.

Getting started with social media

It was middle school time. I had facebook and instagram, but only photos could be uploaded there.Therefore, my first content creation experience started with youtube. At that time, social media platforms such as instagram were not as watched as youtube. I shot my first video and uploaded it to youtube and after a few videos I closed my account. Years later, I opened a Youtube channel again. This time I started university and it was my preparatory years. I wanted to share my full years. I was trying to post two videos a week on my channel, but the pandemic started and I took a video from home for a while, but after a while I got bored and quit again. a few months later it came with an update called instagram reels. People were shooting 10-second videos. I started shooting reels too. I enjoyed producing and editing content. I didn’t need to spend a lot of time like youtube. I produced video content for a while. My content was being watched and I liked it. People liked. People I didn’t know were making nice comments about me. Just as everything is going well, this time the pandemic is over and the adventure of returning to school has begun. I was excited to go back to school. But I took a break again because I was going back to school. When my videos were not watched as much as before, I decided not to shoot videos anymore and focus on my lessons. 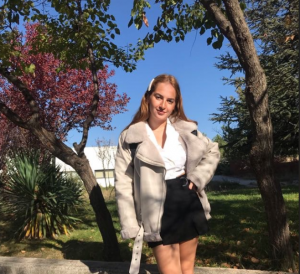