One might think that Buckingham Palace is one of the most secure places in the world. However, in 1982, a man named Michael Fagan managed to break into the palace. Twice.
The first time, he entered several rooms, including Princess Diana’s gift room, drank a bottle of wine, even got to see the queen’s room. Inevitably, he was noticed after some time and left the palace before captured.

The second time, similarly, he managed to break into the palace. However, this time when he entered the queen’s room, queen saw him and ran off in panic. When he was captured, he got tested for mental illnesses and was sent to a psychiatric hospital. However, he was released after 3 months.

In a 2012 Independent interview, Fagan was asked if he had a message for queens Diamond Jubilee, to which he replied as “Yeah, 60 years—that’s f**king great! I hope she beats Victoria. I hope she lives to be a hundred. If she does, I’ll send her a hundredth-birthday telegram.” 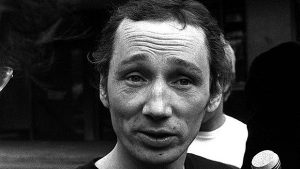